A video demo on using the pen tool and making a compound path (8:42). 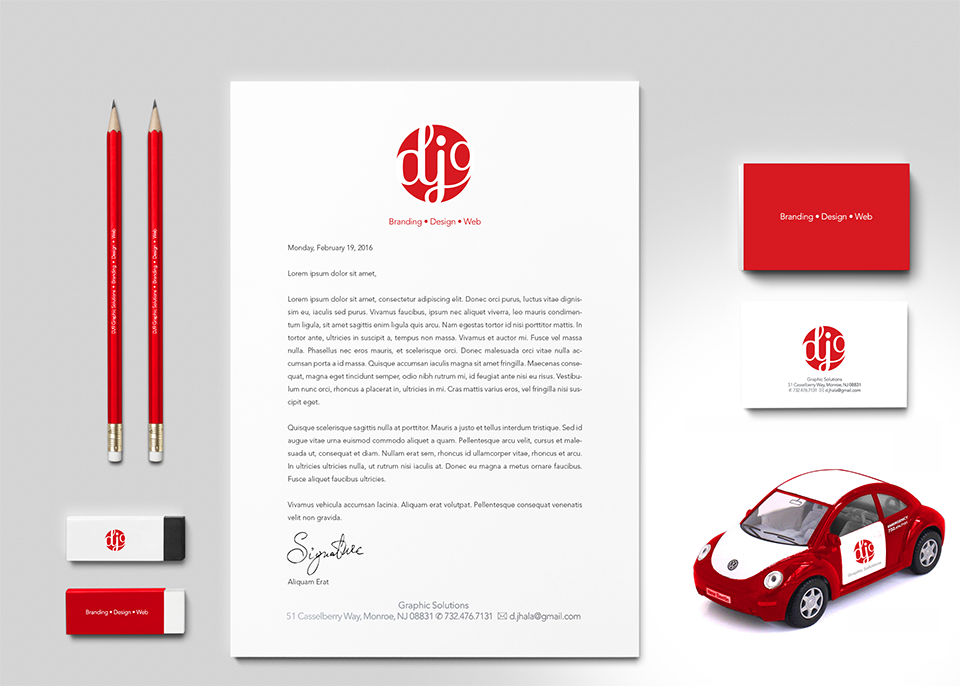 SNHU student Dwarkanath Jhala designed this identity suite for himself based on his initials plus the number 9, which had significance for him. The resemblance of his logo/mark to Sanskrit and bindi mark (traditionally worn on the forehead in India) were intentional.

Developing a digital typeface from a local monument

In Advanced Typography, the class studied the inscriptional letterforms of local tombstones then made a complete digital font. In this case, the hand cut forms were playful and naive, and as there was a mix of upper and lower-case letters, a monalphabet was developed, with alternate characters. In designing this typeface, students discussed developing a regional style unique to Northern New Mexico. Everyone agreed that typography would be an essential part of that vernacular. This project became one of three case studies related to teaching typography presented to the 2008 University and College Design Association Education Summit held at Northern Illinois University.

Photograph of tombstone from near Wagon Mound New Mexico by Nancy Lieppe.

In this project, an art director from a textbook publishing house critiqued the students’ work.

Theme by Anders Noren — Up ↑